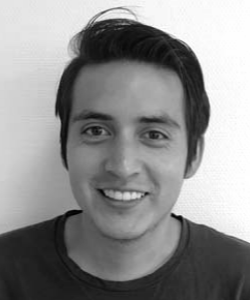 Mauricio Orbes completed his master’s degree in Industrial-automation at the National University Of Colombia in 2016 and holds a bachelor of Electronic engineering from the same university. During his master, he joined the Signal Processing and Pattern Recognition Group where he had the opportunity to work on several research projects in the field or neuroscience.

He has experience in applying machine learning techniques to medical image analysis. Particularly, probabilistic models, kernel methods, and dimensionality reduction approaches. These techniques were used for feature extraction, image representation, and Bayesian classification in medical image applications during his master’s thesis project. He has also worked in multidisciplinary teams in collaborative projects between academia and industrial entities, by developing innovative solutions in the field of medical image analysis.

Currently, within the DEMO project, he works as a researcher at Biomediq A/S in Denmark and is enrolled as PhD student in Biomedical Engineering & Imaging Sciences at King’s College London 2016-2019. His PhD project, Deep learning-based white matter QIB, aims to apply deep learning to magnetic resonance imaging scans of the human brain in order to quantify lesions in brain white matter by using simple conventional scans routinely used in clinical practice.

His motivation to be part of the Dementia Modeling (DEMO) project relies on his enthusiasm for the improvement of people life quality by the development of computational applications. 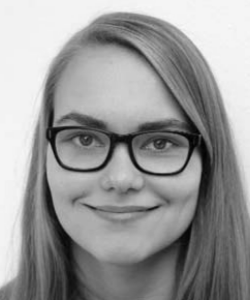 During her master’s studies, she was introduced to machine learning and has been working with it since. During a research internship she used auto-encoders to impute missing data, and during her master’s thesis she looked at the effects of dropout in recurrent neural networks. She also has experience working in social robotics, which was gained whilst working on her bachelor thesis.

At her current position in the DEMO project, she is employed and enrolled as a PhD student at King’s College London 2016-2019. In her PhD project, Deep learning-based vascular QIB, Irme is working on the detection and quantification of microbleeds in the brain. This is achieved by training a convolutional neural network to detect the microbleeds, and applying various methods to overcome the imbalance inherent in the data, due to the small size of the microbleeds.

She is currently in Denmark, on her secundment at Biomediq A/S. In Spring 2019 she will return to the School of Biomedical Engineering & Imaging Sciences at King’s College London. 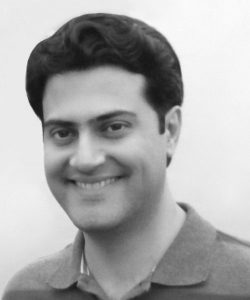 Mostafa is employed by Biomediq A/S in Denmark and enrolled as a PhD student in Biomedical Engineering & Imaging Sciences at King’s College London 2016-2019, working on the Dementia Modeling (DEMO) project.

He obtained his graduate degrees in Electrical and Electronics Engineering from University of Tehran and Sabanci University focusing on image processing and analysis in communication systems, and deep learning methods applied to visual recognition tasks such as object recognition, handwriting recognition, and plant identification.

Prior to becoming an H2020-MSCA-ITN ESR, he conducted research with Istanbul Technical University and Ecole Polytechnique Federale de Lausanne on developing computer vision and deep learning algorithms for audiovisual recognition, facial expression and emotion recognition, just to name a few.

Focusing on the field of medical image analysis and healthcare, his current PhD project within the DEMO project, Quantitative etiology model of mixed AD and VaD, involves development of data mining and machine learning methods to identify progression and stage transitions in Alzheimer’s disease (AD) and vascular dementia (VaD) by introducing parametric and non-parametric models of longitudinal imaging biomarker and clinical data.

This project has received funding from the European Union’s Horizon 2020 research and innovation programme under the Marie Skłodowska-Curie grant agreement No 721820.